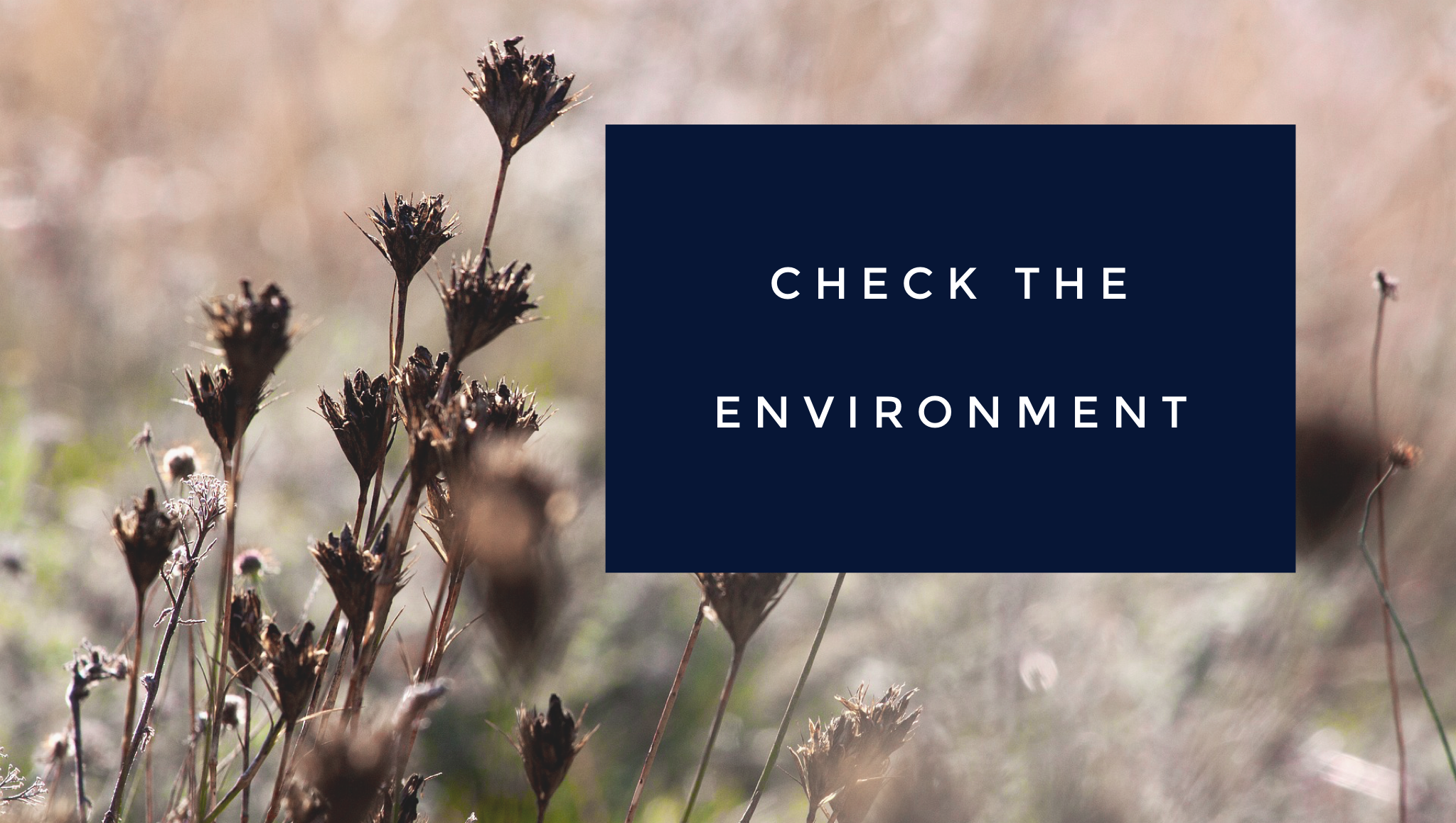 The other day an Instagram friend posted this quote:

“When a flower doesn’t bloom you fix the environment in which it grows, not the flower.” – Alexander Den Heijer

I loved this because it resonated in me. But as swiftly as the thoughts came in, life swept them away.

I was going through my Facebook newsfeed a few days later and was quickly reminded of that post. It was from an article in the Paris Review from author CJ Hauser. The essay titled The Crane Wife was an incredible read about how a woman found herself on a crane research trip after breaking off an engagement. Here’s the passage that took me back to that earlier post:

Here is what I learned once I began studying whooping cranes: only a small part of studying them has anything to do with the birds. Instead we counted berries. Counted crabs. Measured water salinity. Stood in the mud. Measured the speed of the wind.

Why did this hit me so hard? Spending the last five years ardently working on myself by dealing with my weight, my food addiction, and my (often crippling) anxiety I discovered a link I never knew I was missing! I’ve been so focused on myself that I haven’t paused – consciously – to consider my environment.

When a person has a weight issue it’s often because there’s an imbalance somewhere. Many will consider that imbalance to ONLY be calories in far exceed calories out. It would be nice if that were true. It’s just one part of a much more complex algorithm! There’s usually an underlying cause that leads to the pure calorie math.

For example, consider the environment in which a person lives. Has food insecurity ever been an issue? A person who was deprived food through poverty or even through a parent’s withholding can be a factor.

I personally know a woman whose mother was terrified she’d grow up to be fat. She was slightly overweight when we were kids and her mother was obsessed with how much she ate, what she could eat and where she could eat. Her mother constantly micromanaged her food. When I saw her ten years after we graduated from high school she had gained a lot of weight. I often wondered if leaving her parents house where she had no one to stop her or manage her food led to her weight gain. Turns out her mother was heavy as a child and was taunted throughout her school years. Her desire to save her daughter from the same treatment was the motivation behind her behavior.

Trauma is another item to consider. Comedian Russell Brand famously said this:

Drug abuse, violent behavior, hypersexuality, and self-harm are often symptoms (not the cause) of much bigger issues.

And it almost always stems from a childhood filled with trauma, absent parents, and an abusive family.

But most people are too busy laughing at the homeless and drug addicts to realize your own children could be in their shoes in 15 years.

When I first saw this, it hit me hard. The weight of that truth sunk into my core. Although he doesn’t specifically mention food, when it’s abused food can be just as dangerous! When I started to take on the challenge of my weight I had to consider the source! What is the root of my eating? It wasn’t only WHAT I was eating (calorie math) but WHY was I eating (complex algorithm)?

I was stagnant in my behaviors for years. I discovered that despite how I felt about myself the greater risk was in changing. It was far easier to stay the same! I willingly chose a life where I was so miserable in my own skin because even though I was unhappy with myself it was far more comfortable to stay in my misery than to attempt to do something and potentially fail… again. I knew my misery and ended up making it my friend. I was the flower that wouldn’t bloom but I didn’t have the strength to consider switching my environment!

Looking back, I see how taking the steps to work on myself contributed to a change in my environment. To be successful in how you live after surgery you have to be able to eat according to a plan. Before surgery I’d often order food or go out to fast food. I’d have a steady supply of ice cream, chocolate, and cookies at my disposal at all times! You can’t do that after surgery. The first environment I changed was my kitchen! I didn’t even realize that’s what happened!

If you’re struggling or lost, have you considered what in your environment is hindering you? Look around and take stock. Then look inside and try to uncover the roots. Having the courage to honestly get to truth of your weight and being willing to challenge the environment around you will lead to success.