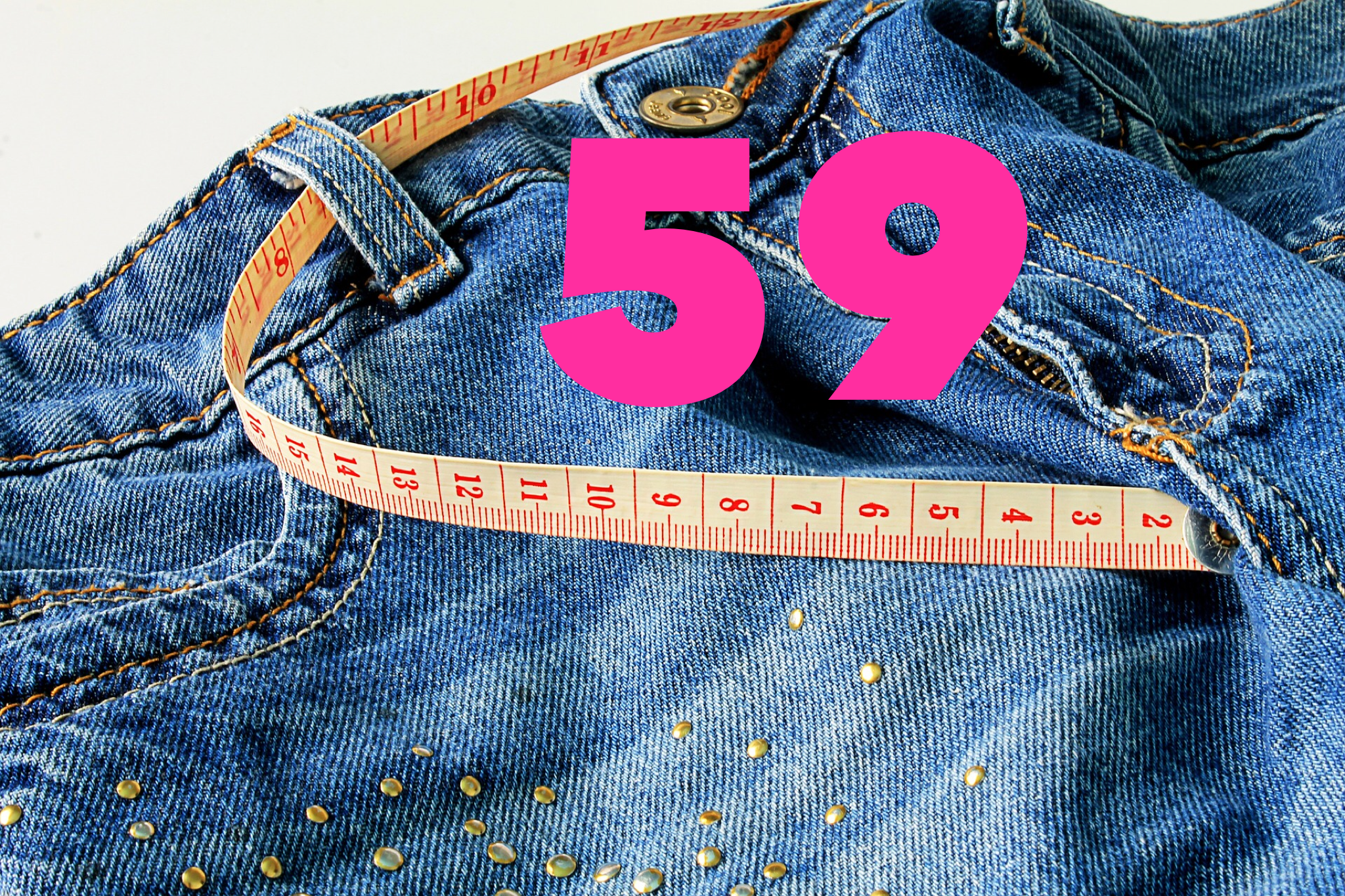 After every diet program in my past  I would always keep my “fat clothes.” It became a self-fulfilling prophecy that I would wear them again. Going through my old closet was like a travel through both time and space. Every fashion of different times and how much space I was taking up! After surgery I made it a point to purge the closet as I replaced things because I never wanted to wear them again.

Getting rid of old clothes was harder than I thought. Each item we own holds a memory. Some memories are great and positive others not so much. I remember the shirt I was wearing when I met my husband. The pants I was wearing at a county fair when a man I never met told me I would likely die from diabetes if I kept eating ice cream. Oh, the memories.

As I tossed things out I decided to keep just a couple of things. The first was a 5x shirt I kept because I loved it. It was really pretty and it wasn’t black and I felt comfortable in it. As I crested into a size 5x my already limited options became pitiful. Finding that cream colored shirt with a pale gold filigree pattern was like hitting the lottery. The jackpot of being a 5x and finding something I found beautiful but I also felt beautiful in it.

I also kept another size 5x shirt and a pair of 4x pants. These don’t hold the best of memories. I liked the pattern on the shirt but I didn’t quite like it so much on me. I felt like a sofa. The kicker with these clothes was how I had to alter them to get them to fit.

I was starting to have a problem fitting the elastic waist comfortably in the pants. With my apple shape, I carried a lot of my weight in the middle of my body. The pants were digging into my sides and becoming a problem. I went to Walmart to see if they had any larger pants but they didn’t. Looks like they max out at 4x in my local Walmart. I was going to have to resort to ordering online but that wasn’t going to help me immediately. I decided to take scissors and cut the waistband from the inside and clipped the elastic. That was demoralizing.

When the red and black shirt needed alterations I knew I was done. I was already deep in the process for weight loss surgery but I wasn’t at the approval stage yet and I had no idea if my insurance would cover the procedure. My husband and I love to sing and our friends were karaoke hosts and we were going out to see them. As I was getting ready I put on the shirt and it was so tight around my arms and chest area that I couldn’t stand it. There were these decorative cut outs on the top and I cut the string that held them together to increase the size.

As I continued the process for weight loss surgery many post op people recommend that you take your measurements. The doctor and nutritionists will get your weight, body fat, and all that but a there are plenty of forums or message boards dedicated to people wishing they took their measurements before surgery. I decided to do that.

I took out the dressmakers tape measure and went around my waist. The standard tape measure is 60″ or five feet long. I wrapped it around my waist and it landed on the 59. Fifty-nine inches! My waist was literally a mere inch below FIVE FEET. I put the tape measure down. I had to sit in that feeling. No one goes to bed and wakes up 425lbs. It’s a slow and arduous process. Yes, I knew I was big. I had no concept of just how big.

The other day a Facebook memory popped up on my husband’s feed. It was a picture of me 4 months after surgery. I was wearing my black pants and I had both of my legs in one side. I was already down 100lbs and I was absolutely resisting buying new pants because it seemed silly to keep buying pants so I was holding out. It took that moment for me to see just how far I had come. Even in weight loss we need some kind of indicator because I know for me I didn’t realize how much I had lost. I knew the numbers but not the impact. I bring the red and black shirt to all of my speaking engagements. The shirt shows that impact. I nearly forgot about the pants!

After seeing that picture from two years ago I had to dig out my pants and see what they look like now. The picture was a huge indicator of how the past two years have been for me. My husband asked my why I still had those pants. I’ve always said the scale shows only one thing but the biggest change for me was holding up those pants.

When you post your life you get a lot of feedback. I knew there would be comments. Someone said, “Of course the pants look big, you’re stretching them out!”

I kept those pants because I know those things.