The Public Commodity of Bodies 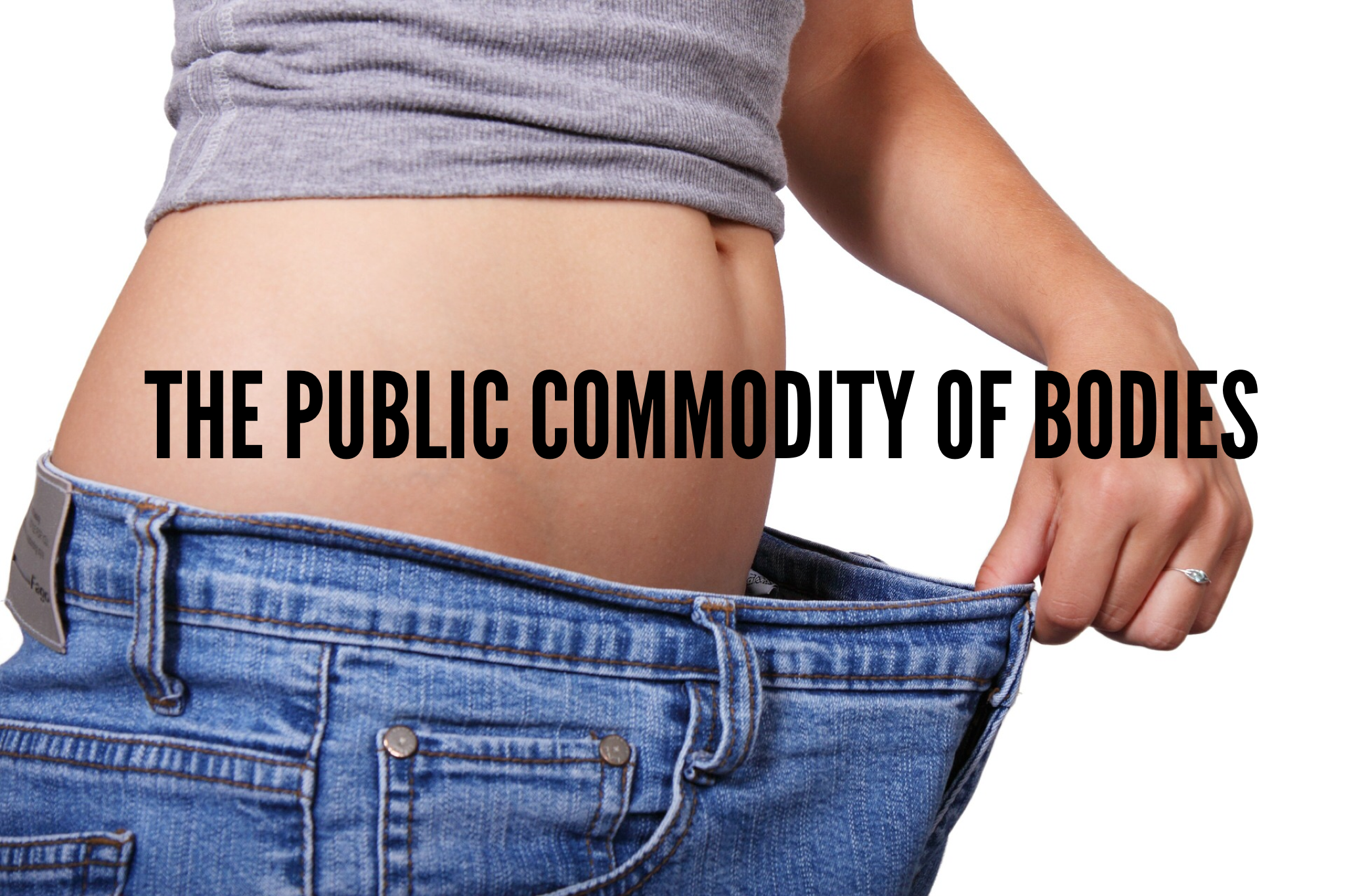 I remember reading a BuzzFeed article a young woman wrote about how perceptions of her changed when she lost 100lbs. It was something I could identify with wholeheartedly as a woman of a larger size who then lost weight. The part of the article that really resonated with me was when she referred to her body as a “public commodity.”

I felt like the wind was knocked out of me. That is exactly right! My body – and your body too – is like a public commodity. It is openly discussed, frequently commented on by strangers, and completely out of your control.

When I was heavy people would say things behind my back yet certainly loud enough for me to hear:

Does she really think she needs to eat that ice cream right now?

Oh my goodness I would rather die than look like that.

I can’t believe she did this to herself.

Or they would take the experience to the fullest level and say it directly to my face. Weight is always the lowest hanging fruit, easiest to grasp and hurl at someone if you want a quick retaliation. My weight has always been the first apple off the insult tree.

On the outside I would always smile and try to pretend it didn’t bother me. In reality, each time I would retreat further and further into myself feeling more insecure than before. Then I would turn to the very thing that was causing all of this: food.

As I lost weight the comments continued. This time they were more kind… for a while. After I reached a certain point people become uncomfortable. It was like their brain couldn’t conceive of me outside of my regular appearance. After 30 years of weight battles I think my friends were just as comfortable with me being big as I was at being big.

Things started to shift when I got to about 250lbs. After years of being over 400lbs, people thought I should stop. I looked better than I had in years and felt incredible but going from being so big to much smaller people thought I was pushing it too far. In reality, there are people who have surgery at 250lbs! I still had a ways to go but since my appearance was so far from my normal I got new comments:

You’re getting too small!

It becomes a lot to handle, even from the most well intentioned people.

Then there’s the flip side. My weight was like a roller coaster ride for decades. If you lose weight and then gain it back the public conversation begins again.

I knew it wouldn’t last.

You’re picking up some weight again!

Trust me when I tell you that every single overweight person KNOWS they are overweight so you don’t have to tell them.

Whenever I speak to people who have never had an issue with weight  they are always surprised at the things I’ve heard from strangers. Many people don’t want to believe the absolute cruelty they can inflict on a person because of their size.

Please note: I am not innocent in this either! I can’t imagine how many times I’ve told people that they could benefit from a sandwich! I was most certainly jealous of their size and considered it a compliment yet I was probably hitting them with the same fruit picked from the lowest branches of the insult tree.

If you see someone who’s lost weight just tell them they look great. If you’re truly concerned for their health and you know them well enough to have a private and caring conversation then do it with empathy and love.

What I’ve learned through all of this is that our bodies may be “public commodities” but our comments don’t have to be.