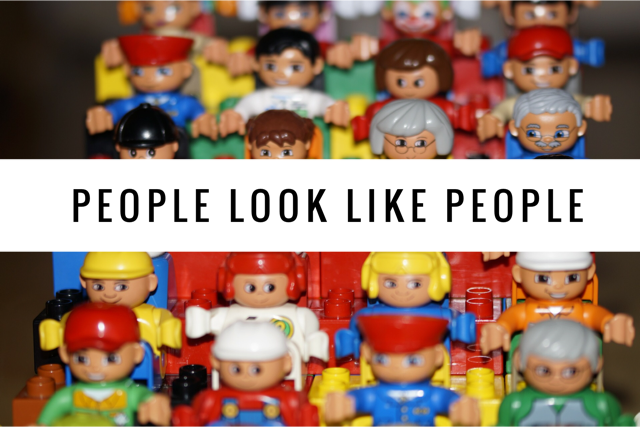 I came across an article on the internet listing 12 things that would surprise Americans about Europe. I was intrigued, of course, by what these things could possibly be. The first few were the standard issue things like how old buildings are and the differences in customer service styles but the #9 thing really threw me for a loop.

What? The description actually begins like this: OK, we’ll admit that “People Look Like People” might have you scratching your head, but after this explanation, we think you’ll agree.

Ok, I’m interested. What could this possibly mean? Here’s the rest.

In America, there is a huge (no pun intended) problem with obesity. And oddly enough, on the opposite end of the spectrum, it is quite common to run into people who like they spend 20 hours a day in the gym and are frighteningly muscular. While we are not here to body shame anyone, the fact remains that the people of Europe are generally smaller, leaner and have what would typically be considered a healthy physique. And while arguably there is better food in Europe, it does leave you to wonder what the differences in our cultures help to propagate this fact.

That explanation was supposed to help me agree with her People Look Like People comment? I completely disagree. Not only is obesity not an exclusively American issue it also doesn’t change the fact that people ARE people AND will ALWAYS look like people no matter what size they are. Despite it being 2017, this article seemed to be okay by the writer Dorathy Gass, and published by travelabuzz and LIKED by over 300 people on Facebook. I can think of a million different ways to express the intent of that post without going there. Don’t worry, she wrote “While we are not here to body shame anyone…” and proceeds to body shame an entire country and people of size everywhere.

Weight issues are hard and it doesn’t matter if you are 10lbs overweight or 300lbs overweight the emotional strain of that can be devastating to a person. People with weight issues are more likely to not seek medical attention for issues because they know that the only thing most doctors will tell you is to lose weight and when they do seek care are often provided care that is substandard.  People often will assume that you don’t care for yourself or that you don’t care about yourself. And even more people believe that since you “did it to yourself” you aren’t deserving of any understanding let alone compassion. Click on any of those links to see how life can be for people who are overweight and just know that they are compounded by comments like “People Looking Like People” every single day.