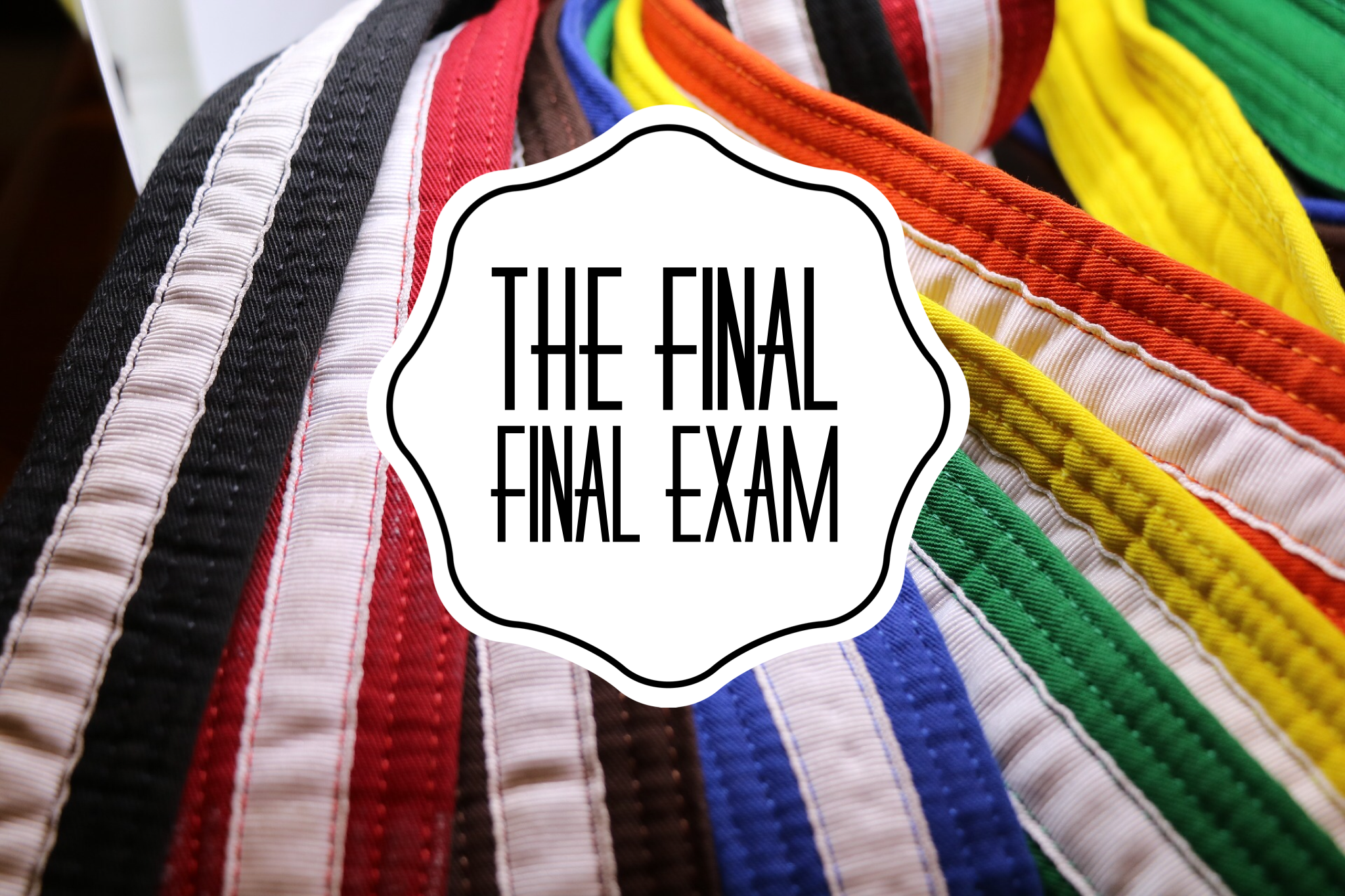 Before I begin, I just want to explain why I haven’t posted so frequently as of late. I’m in the final push for my book Food, Sweat, and Fears and it’s taking my free time as well as all of my writing! Writing can be exhausting and add in work, husband, family, karate, POUND training, karate camp, traveling, and puppies and it becomes a recipe for limited time. Back to our regularly schedule program…

At East Coast Karate we belt test quarterly and it was time to test for the Orange Belt! I’ve been practicing and attending classes regularly and it was all coming together. Attending the Rhode Island Karate & Kobudo Camp increased class count and my experience way more than the required number of classes to be eligible to test. Karate always stretches me emotionally as well as physically but this time it was different.
The first twang of discomfort came when we were to test on a Wednesday. We always test on Thursday but Sensei has a training camp in North Carolinta so the day was moved. I know it seems silly but it really did throw me off. Although I’d been training for three months I don’t know why this loss of a single day was a big deal. The last few classes I was feeling strong and confident. Then came Monday.

Monday’s class was my last  opportunity practice before the belt and it felt like I was doing everything wrong. I know what I know and yet I couldn’t get it. I was hoping the welling nerves would pass. They didn’t. Practicing at home wasn’t going so well either.

The day of the belt test I headed to the nail salon. We have a large group of people in our belt rank and many of us commit to matching our nails to our new belts. As I’m sitting in the pedicure spa I’m getting crazy nervous! Why am I so anxious today?

Then I did the stupidest thing EVER! I went home to practice before the test and decided to record myself. NEVER again on testing day. I can only say with any certainty that the video looks like a tangle of limbs and afro. By the time I get to the dojo I’m 100% in my head. When it was time to test I still felt like I was failing a final exam after studying for weeks! I looked calm and relaxed but inside was a completely different story.

When the test was underway I felt like I was doing horribly. I knew I could do better because I’ve done better. I did make it through but I wanted so much more. Watching the upper belts made my desire to improve even greater. I need to get out of my own way!

As Sensei was getting ready to hand our belts he mentioned something that will forever change my approach to the test. This isn’t a final exam like I was feeling all day. He said, “This isn’t a test as much as it’s a performance. The test was the three months of hard work leading up to today.”

Performance? As a singer I get performance. As a karate student taking a belt test it feels like I need to pass something and if I don’t so well then I fail on some level. The reality is that Sensei wouldn’t have us test if he thought we weren’t sufficiently tested! Why didn’t I see this before? It’s crazy how a single word can change the way something feels completely. Kind of like the word exercise feels more like a chore but training does not.

The pressure has been removed from the equation now that I understand that I wouldn’t be on the floor if I didn’t know enough to be there. My next belt test will be in December for my blue belt and I plan to treat it like a recital! Orange Belt Test is officially the final final exam.

p.s. I didn’t delete the video so I’ll show you all in a few years after I get my Black Belt!