Who Are You Fighting? 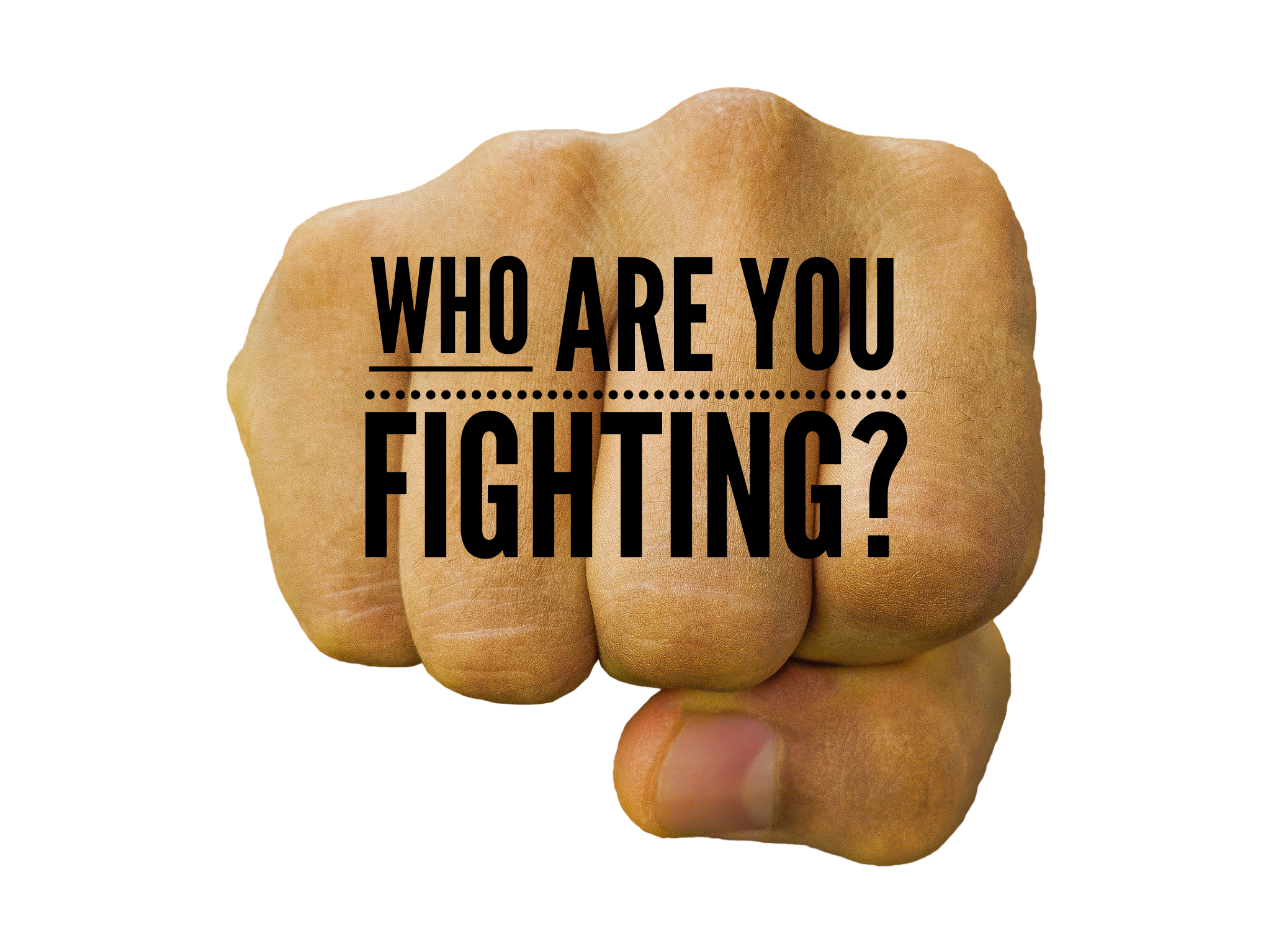 I first walked into East Coast Karate two years ago on a whim when a friend of mine posted they were hosting “Buddy Week” where people can bring a friend to try classes for free. You can read about that experience here: The Karate Adult

Karate – like anything that challenges you and takes you out of your comfort zone – had proven to be a place where I experience the most growth physically and mentally. I’m a person who likes to do things right and well. I like the satisfaction that comes with doing something to the best of my ability. I’ve also been known to “not see the forest for the trees.” I can get so mired in details that I fail to notice the big picture. That became abundantly clear a couple of weeks ago.

In karate class, we’re often sent in groups by rank to work with a sensei. A sensei is someone who has achieved a rank of black belt or above and is entrusted with the training of underbelts. On this particular day, we were paired with Sensei Les and we were thrilled. A little backstory on Sensei Les: when I first started in the dojo he was going from his final green belt (green with a black stripe) to his brown belt. His entire belt rank was amazing. I can safely speak for my entire group when I say that we would watch them in absolute awe and wonder if we would EVER look like that.

Before I get to our conversation on the day in question I want to share how Sensei Les challenges us. He’s a man that always does things to full potential. If you’re going to go then GO and GO ALL THE WAY! It’s inspiring. I can get inside my head pretty quickly and I like to mentally go over things before I put any speed or emphasis. I was paired with Sensei Les and we were learning a new drill. I’m trying to work it out – trying to get it perfect (ugh) – and I go to punch Sensei Les. Remember, I’m trying to work out details so I’m not placing any power in that punch. As I “punch” him he just stares at me.

That was the first day I just laid waste to my perfecting BS and just did the drill and it was amazing. I was almost forced out of my head because I was going to do the drill or get drilled. I wouldn’t want to take an errant punch from anyone at our dojo but certainly NOT from Sensei Les. This was a powerful lesson (and epic clapback) that paved the way for our next session with Sensei Les at the helm.

Karate is learned in stages almost like child development. You have to crawl before you walk and certainly before you run. As you improve and progress you learn more advanced ways of doing moves. This is hard for me because I want to know what is RIGHT. RIGHT! What is universally correct. There’s a lot of nuance to karate. (I know, I know.. I’m working on it!)

Sensei Les is taking us through our katas. We start from the beginning and we know the patterns of 11 of them. As second level green belts (green with white stripe) we are at a place where are no longer crawling through karate. Sensei was gifting us with fine tuning our kata with more advanced moves. This is where Sensei Les was when I started karate. Having him teach us is like seeing the light in the tunnel! I want to absorb everything!

Me: Sensei I notice that you move your arm this way yet another Sensei does it slightly differently. Which way is correct?

Me (mentally starting to crumble): Wait, which way is classically correct? Like which is the way that we should learn in our development now?

Sensei Les: Who are you fighting?

In an instant, the light bulb went on and my brain simultaneously snapped! As I was wandering aimlessly through the forest looking for trees I missed the largest and most fundamental part of karate:

Karate is a fighting style!

When we spar in class I fight. I’m actually surprised by how much I like to spar. It’s fast, there’s no time to think, you act and react accordingly or you get hit. Despite knowing this, I was approaching this entire class like a chance encounter with someone in an alley would go like this:

Oh, you’d like to attack me? Hold on… can you stand right there? Give me a second, I just have to perfect my punch placement! All the while my attacker is just letting me get set up. I would never do this in sparring but I was failing to connect the two. We are not learning poses!

When we learn kata we also learn bunkai or the practical applications of kata. I remember in the beginning just thinking that I need to know WHAT I’m doing then I can learn WHY. That logic is fundamentally flawed. Knowing the why improves the what, even at the beginning. Especially at the beginning! Why have I resisted this? Sensei Dave has said it repeatedly. This was the first day I received it.

One question from Sensei Les and my karate has taken a new level of intensity. Every moment is in preparation for an actual fight. In the mirrors, I am my opponent. When I practice I think of the fight and I’m preparing for it.

Ultimately, this works in so many areas of life: