This Is a Day to Celebrate 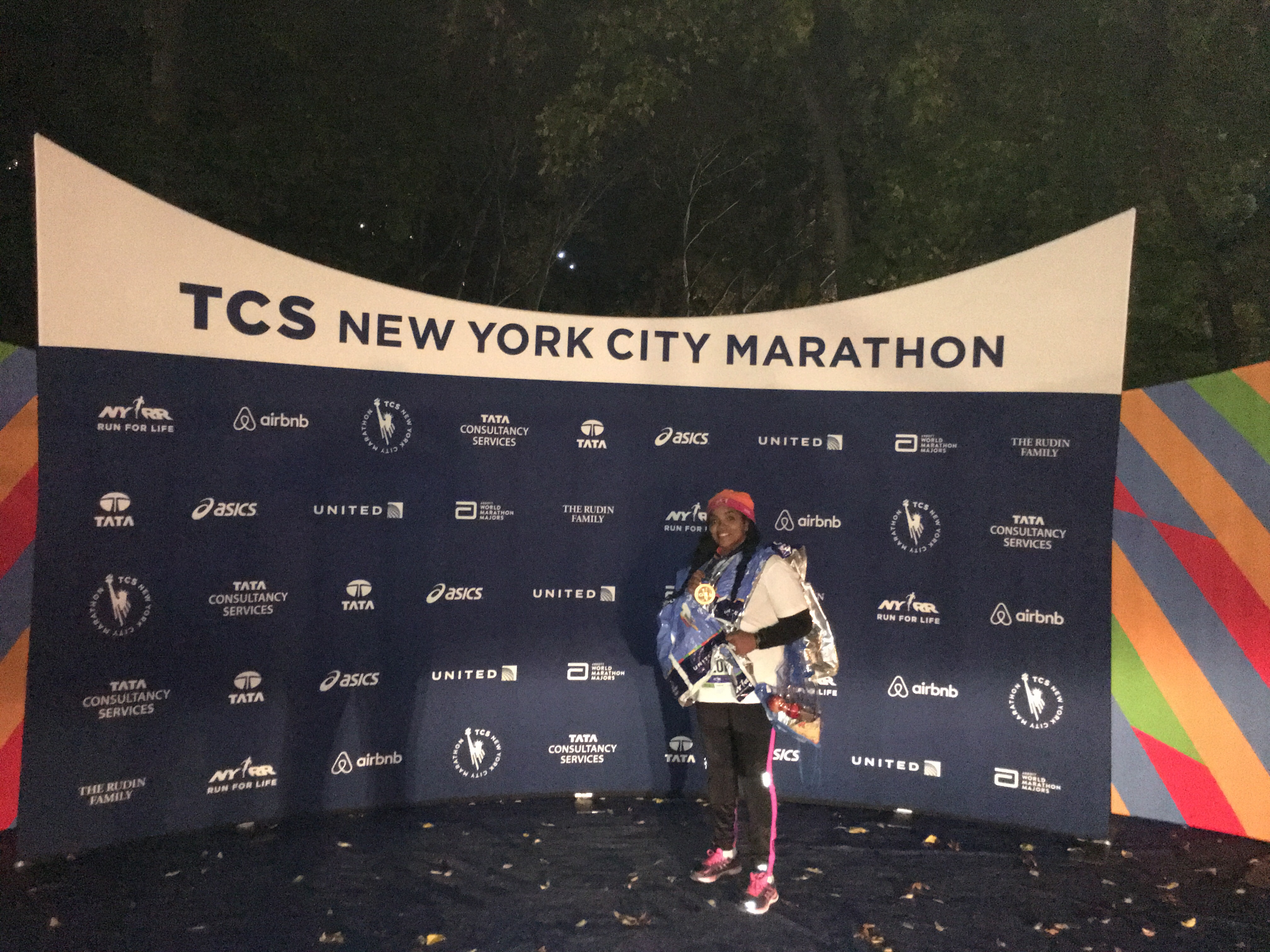 My last post was about National Donut Day and the many anxieties that can crop up for people seeking better health. Today is a day that I can freely celebrate! It’s National Running Day!

My first foray into running started in 2007, when I quit smoking after 18 years of a multiple pack a day habit. I was well over 300lbs and did a 5K with one of my friends after seeing a poster at work. That first race gave me a sense of accomplishment that I never felt before.

My running continued until I completed the Hyannis Half Marathon in early 2008. I stopped running to recover after that race and didn’t gain momentum again for years. I also gained a lot of weight in the interim especially since my go to coping mechanism of smoking was gone.

After RNY Gastric Bypass in December 2014, I started walking then running and then set my sights on finishing the marathon. I completed the NYC Marathon in November 2016, realizing a 20 year dream.

On National Running Day I want to celebrate what Running has done for me. For the first time in my life I felt as though I was running toward something instead of running away. Living a life that was so fear-based I learned to run from discomfort, run from confrontation, and run from disappointment. In running from those things I ran into the waiting arms of Ben & Jerry’s, Dominos, and McDonalds.

Running provided a place that allowed me to clear my brain of the life chatter that gets trapped, swirls around and makes you feel stuck. Long runs provided a time to work out these thoughts in a positive and healthy way. Trust me, 18 miles gives you plenty of time to think!

Running also introduced me to a community of people who were so kind and accepting. I never thought I’d fit in with runners – especially at my heaviest – but runners have proved themselves to be the most gracious and kind athletes. They cheered me on and applauded my efforts and treated me as a runner because I was a runner. The only person who ever doubted my  athleticism on the road was me!

Running is a mental game. Your body will continue to show up and perform long after your mind thinks it should stop. You learn to trust the strength of your body and allow the Holy Spirit to quiet your mind.

Most importantly, running is for everyone. The largest, slowest person on earth can complete a marathon if they put their mind to it. At the NYC Marathon I watched as countless people crossed the finish line that if you saw them on the street you may not think “athlete” or “runner” or “marathoner” but I assure you they are all of those things!

There are so many stories, so many reasons. If you feel as though running is not for you or think you could never do it I encourage you to think again. Take the first step, let it become miles, and eventually you will feel a sense of accomplishment you never knew existed. Then relive that moment every time you polish that finisher’s medal!